Electrical Service in Augusta, ME

You can rely on AFC for all your electrical needs

If you need electrical service for your Augusta home or business, you need electricians you can trust. AFC offers that. All our master electricians are licensed, insured, knowledgeable and experienced. Whether you need basic repairs, wiring for a home renovation or addition, electrical installation for a new-construction home or commercial installations and services, AFC can do it all.

NOTE: If you have an emergency, please DO NOT email us or contact us online. Call us at 207-707-6744 for 24/7 emergency service, even if you’re not an AFC customer. We take care of you because you’re our neighbors.

Europeans first explored what would become Augusta, the area near the head of the tide of the Kennebec River, in 1607. English settlers from the Plymouth Colony established a trading post there in 1628, with the primary trading being in furs. But between declining revenues and hostilities with the local Kennebecs, part of the Abenaki nation, the Plymouth people sold the Kennebec Patent in 1661 and left. The area remained unpopulated by Europeans for the following 75 years.

The English returned in the 18th century and built Fort Western, now the oldest wooden fort remaining in the United States. During the French and Indian War, it served as a supply depot for Fort Halifax, located further up the Kennebec River, as well as a defense post against French attacks.

Continental Army General Benedict Arnold used Fort Western as a staging area ahead of going up the Kennebec and participating in the Battle of Quebec. This was before he betrayed the colonies and went over to the British side.

The town, still known by its original name of Cushnoc, was incorporated as Harrington by the Massachusetts General Court in February 1797. It was changed to Augusta two years later and became the capital when Maine became its own state in 1820.

Augusta was a booming place to be in the 19th century. Rich soil made it a great area for agriculture. The Kennebec River powered factories and mills. Sawmills flourished, thanks to the ample logging opportunities nearby. The city’s industries were diverse, including textiles, stone cutting tools, shoes, headstones, furniture and wood products including windows, sashes, shutters and doors. A railroad and the proximity to water gave Augusta many advantages when it came to shipping their goods.

Notable Augusta natives and residents include:

“I needed to have power run from my home to the detached garage, along with lighting and electrical panels installed. AFC provided a detailed proposal that was not the highest nor lowest price. Lowest and highest proposals had very little detail. AFC planned the work to my specifications where other electricians were interested in doing things their own way. When the work was done, AFC billed the work at a price lower than the estimate because it took them less time than estimated.” —Jim S. 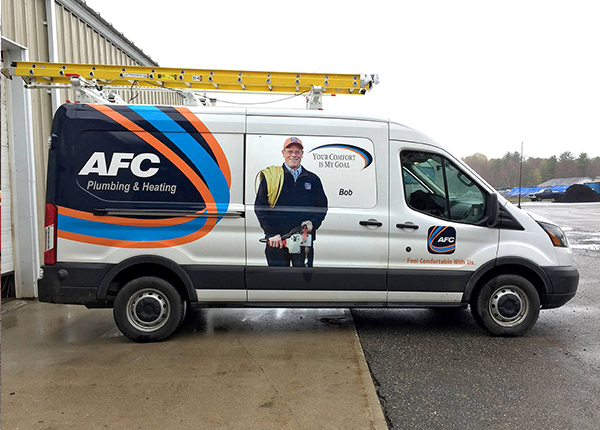 Contact AFC for all your residential and commercial electrical service needs.